Sweets By Hannah | Sugarcoat Everything

Update Listing Info
"I see no sign of things slowing down anytime soon.”, the young baker beamed. “It’s funny how God gently nudges you in the direction you’re meant to drive even when you try to turn away from your intended route.

Hannah Juniel is a Colorado Springs native and proud owner of Treats by Hannah, LLC.
Founded and established in November 2017, Hannah has been delighting her clients with sweet, delicious treats that are affordable and creatively customized to complement any occasion.

Hannah’s love for baking blossomed when she was eight. Her church held a baking contest which piqued a fledging interest to try her young hand. With her parents’ blessing, Hannah entered the competition as the youngest participant. As a novice, Hannah turned to her father whose tutelage helped her create a beautiful chocolate cake with homemade chocolate frosting, topped with a strawberry garnish. It was an amazing, ahead-of-her-time creation, which tasted as great as it looked!
Hannah’s ambition garnered her first place amid her older, and seemingly better-equipped competitors. Triumphant and confident, Hannah beamed as her yellow ‘1st place’ ribbon was fastened to her dress; a single victory that evoked visions of becoming a master chef and owner of a bakery in Paris.

The following years would reveal Hannah’s intensifying interest and an incredible natural knack for baking. Under her father’s expert guidance and productive critiques, Hannah would ascend to a formidable baker, with skills refined in preparation of simple treats and composite deserts. Notwithstanding her growing success and family of avid supporters, the young protégé’s interest in baking began to wane as she found appeal in other fields. Although it was suggested many times that she monetize her baking talents, Hannah wasn’t yet convinced. And so, it was, baking took a back seat to Hannah’s engineering studies at UCCS.

At fifteen, Hannah would be called on by her mother to provide the desserts for her siblings’ fourteenth birthday celebration; an occasion to which Hannah admirably rose. Her aptitude for buffet and table décor, as well as her delicious treats, shone brilliantly and aroused the interest of a local photographer who was in attendance. With Hannah’s Permission, her delicious spread of pastries, puddings, and cakes was captured on film and reverently admired. Reviewing a freeze frame of her creative and delectable creations evoked Hannah’s call to return to baking full time, and to officiate “Treats by Hannah.”

Indeed, her parents’ daughter, Hannah was at an advantage to propel her business forward having studied the business practices of her Father; owner of a Commercial Services; and her mother who is a successful owner of a clothing store.
Hannah set to work with creating a logo and completing the administrative task of officiating her business as an LLC. Articles of Completion in hand, Hannah has been baking, delivering, and hosting her delicious desserts nearly nonstop.

“I see no sign of things slowing down anytime soon.”, the young baker beamed. “It’s funny how God gently nudges you in the direction you’re meant to drive even when you try to turn away from your intended route.

Randall’s at The New Climax 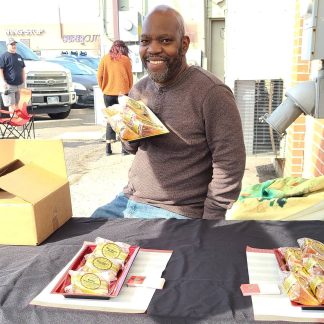 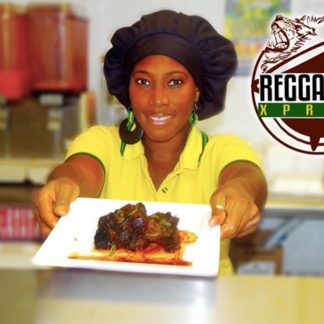 Sweets By Hannah | Sugarcoat Everything