Update Listing Info
I'm a singer-songwriter and actress out of Denver. I feel like what I do is just give back to humanity through music.

What Do You Do?

I’m a singer-songwriter and actress out of Denver. I feel like what I do is just give back to humanity through music.  Up until January of 2012. I was actually a nurse. People think nursing and singing two completely different things opposite end of the spectrum. I don’t think so.   everything that I loved about nursing, which is taking care of people, building Rapport, just loving on them, I’m able to do with my music. So I feel like I’ve been able to wrap up nursing into what I do, which is really cool.

How did you end up doing music?

I’m a pastor’s daughter. I grew up singing in church with both of my older sisters.  I grew up listening to them singing. I started probably around three when I joined like the children’s choir at church. once I hit Elementary School I joined every choir possible. And so music has always been like a consistent steady thing throughout my whole life. I never thought of it as a career though.   I didn’t know anybody whose parents were entertainers or artists musicians anything along those lines. the people that I saw that were my examples were doctors, teachers. when I was 15, I used to play the flute. my band director encouraged me to audition for a highschool jazz band. I send my vhs in and they selected me.  I got a 10 day all expenses paid trip to perform with this group at different jazz clubs in LA. We got to record an album and attend the Grammys. it was an incredible experience. what I realize there was that all the kids that were there went to performing arts high schools,and all of these kids knew that they were going to be musicians. it and that was the first time that I was like, oh my gosh, I could do this. I came back home and I created a PowerPoint presentation for my parents as to why they should let me transfer out of my high school to the nearest performing arts high school, which was about an hour away from our house.I had it all planned out.  They told me no., they didn’t become a struggling musician. I think from that moment on I just was like, okay. Well then music will be my release and it’ll be like my hobby. It’ll be my way to get like my creative juices flowing or whatever. Do I headed down the medical path and became a nurse. And worked in that field for 4 years. then the earthquake hit Haiti. I’m Haitian American. I went to Haiti as a nurse to help. seeing the loss of life and Devastation really made me think about what I should be doing with this time here on Earth. when I came back from Haiti, I started to step back from nursing a little bit and step into singing, not really knowing how it was going to work out.  then I had my son and I would say he was the second big Catalyst where I remember looking into his eyes like he was just a few days old. I’m just wanting to not be the kind of parent that lived vicariously through their kid, he had this effect on me where I was like, I want him to know that he could literally do and be anything like he wants to be and I realized in that moment that The only way he would truly get that message is if I lived that .

What was the turning point in your music career?

I think back to that girl so many years ago  who did the bravest thing ever because I had no Connections in the entertainment industry. I had no idea what the industry was like, but there was just this overwhelming conviction that I knew this was the path that I was supposed to take and I’m so glad that I listened because so many amazing things have happened since then that  I couldn’t have even imagined.

What are you learning about that process of of the business side of being a creative?

I think it’s important to surround myself with a good team of people, the  right people. it doesn’t happen overnight. Like I’m still building the team it takes a while. it’s not something that I’m necessarily in a rush to do because I realized that I really want it to be the right people.

Another piece of advice would be To really be present in the journey. .I feel like also in the entertainment industry. They do a lot of things where they try to lump you in a category and the reality is that there’s room for everybody and that you’re the only one who can do what you do.   I can’t do what somebody else says I can only do what such does and with that I feel like comes Liberation because then you don’t have to compare yourself because no matter how hard I try to be somebody else. I can’t be. so might as well be the best version of myself. So I would say do you enjoy the journey be present There is no formula.

What’s an important part of your music making process?

before I even record a song I’ll perform it live just to see If  there’s anything I could change if there are tweaks because there’s something really magical about performing with a live audience and picking up on their energy and that whole synergistic thing going on.

What Project are you currently promoting?

my latest album is called wide nose full lips and if I could summarize the album into phrases, I would say that it is a love letter to myself to me falling in love with who I am and being more comfortable in my skin and it’s absolutely an Unapologetic Love Letters to Blackness and all things] black. all things Melanin. It took me about four years to write this album and I think the reason why is because just needed to live.  I think a lot of times like as a creative you’re pouring out and sometimes you’ve got to stop and just get poured into and so I needed time to live to experience to think and meditate .

When I was little I had a family member who used to tell me that I needed to squeeze my nose because it was too wide, but I needed to make my nose narrower more eurocentric because that was the standard of beauty.  when you hear things like that as a child, that’s something that you absolutely internalize and so that took the time to really reflect about like, where are these thoughts that I have about myself that I am not beautiful that I’m lacking and I was able to trace it back to my childhood. I think over the last few years I’ve just really been intentional about flipping the script, you know representation matters and if I can just throw one more thing in there so that little little black girls and black boys can say that they are beautiful, maybe they’ll believe that too and maybe it’ll just be one more thing to help them be comfortable in their skin. if there’s one thing I want people to leave with after listening to the album. I want them to be empowered. I want them to feel good about themselves and I want them to be comfortable in their skin at least start that Journey, I write from a very real and authentic place. And so I hope that people are able to feel that but that speaks through,  every song,every lyric every, Melody every line, every note. 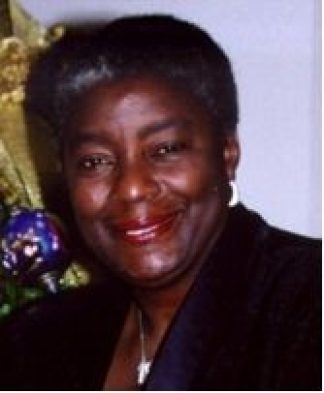 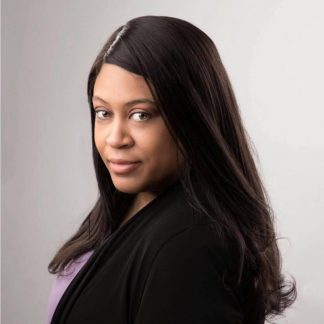 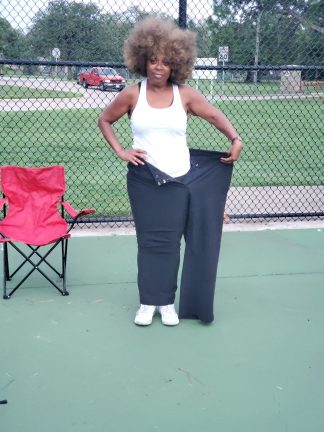 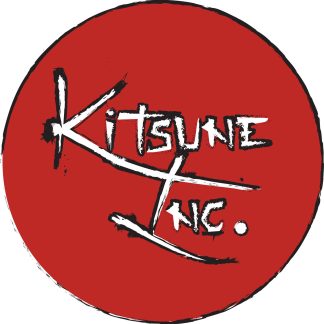 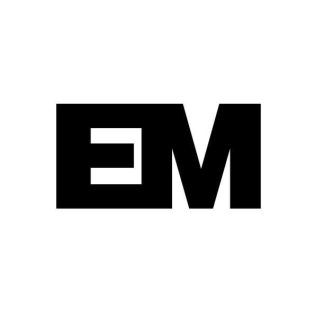 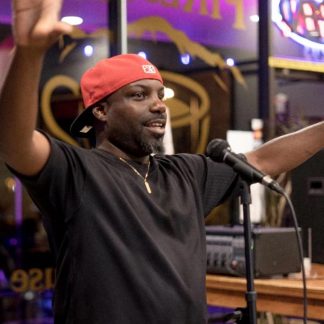