Update Listing Info
Upon graduating from Boston University in 1992, she moved to Denver to become the first African American to hold an administrative position at the Iliff School of Theology

Rev. Katherine “Kay” Farley and Rev. Douglas Farley are the Co-Pastors of Faith Community Baptist Church in Denver Colorado. They have a twenty-year-old daughter, Angela Faith, a junior at Savannah State University in Savannah, Georgia. Kay considers it an honor and a privilege to have degrees from Faulkner University in Montgomery, Alabama, Fisk University in Nashville, Tennessee and a Boston University School of Theology in Boston Massachusetts. While in seminary she joined Union Baptist Church in Cambridge, Massachusetts. She taught Bible Study, served as a youth minister, coordinated with Project Uplift, and most importantly was licensed to preach the Gospel.

Upon graduating from Boston University in 1992, she moved to Denver to become the first African American to hold an administrative position at the Iliff School of Theology. In her position as admissions assistant, she recruited students of color, successfully encouraged the school to officially declare Dr. Martin Luther King, Jr. Day as holiday by closing the school and acknowledging his contributions to world. She informed and encouraged the Student of Color to start a chapter of the National Association of Pan African American Seminaries (NAPAS).

Rev. Farley is a member of the Board of General Ministries and Nominating Committee of the American Baptist Churches USA, American Baptist Churches of the Rocky Mountains Board, Executive Committee and Acting President of the Minister’s Council, Iliff School of Theology Board of Trustees, and Alpha Kappa Alpha Sorority Incorporated, of the Mu Omega Chapter in Aurora, Colorado.

She is a recipient of the 2018 Colorado State Association of Colored Women’s Clubs, Inc. Religious Award, 2017 Salute to Excellence in Education Community Educator Leader of the Year, Denver Chapter of American Association of University Women’s Trailblazer Award, Sigma Gamma Rho Sorority Pastor of the Year, Colorado Gospel Academy Outstanding Pastor of the Year, and Colorado Gospel Academy Dynamic Duo of the Year with her husband, the Ambassadors for Christ Encouragement Award, Fisk University’s Outstanding Leadership Award, and many other awards and honors. Under her leadership and her husband’s leadership in 2012, Faith Community Baptist Church received the Outstanding Community Service Award from the Alpha Kappa Alpha Sorority, Inc. 82nd Mid-Western Region Conference. The church has continued its community service through prison ministry, Thanksgiving and Christmas baskets, working with the Denver Rescue Mission by counseling and mentoring, helping families during Christmas to secure toys,

Sons and Daughters of Destiny 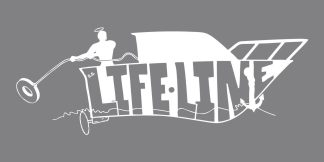