Olympian boxer, Naomi Graham is no stranger to hard work and has a dynamic strength both inside and outside of the ring. In sitting down with Naomi, she eloquently described the beauty of boxing and what it means to her, as well as the balance of maintaining the physical and mental strength that is needed to bring home the victory, which she is determination to do.

How long have you been boxing?

I’ve been boxing for seven years, and I feel great. I’ve been working so hard since 2016, when I lost for the first time at the Olympic trials, I said that I would be determined this time and I would be an Olympian.

How are you feeling going into it?

I’m nervous, but I’m ready at the same time to knock some heads off. Lol!

How was doing the photo shoot and being on the cover?

It was a great experience because that’s something that I’ve always wanted, believe it or not. I auditioned for modeling and stuff when I was younger. I just wasn’t able to get into the school. So, it brought me back a little bit to what I wanted to do at first, and I feel beautiful.

How do you balance out being an athlete and changing your style? Why did you choose locks?

Well, we have to make sure our hair is compact because it has to fit under the headgear. But it can also be let down if I go somewhere or, you know, when I put my makeup on. I tried to pick something a little more versatile, my sister had gotten locks a while ago and I liked the style. It’s very convenient. I don’t have to worry about it or anything while I’m training.

How is it adjusting to fame?

I used to get very nervous and shy, but I told myself to speak from the heart and answer the questions truthfully. Often, I get out of the ring, I’m breathing hard, and this camera is in my face; I tell myself to take a deep breath. They want to follow my journey and know my story. I feel like I’ve gotten a lot of experience with being on camera leading up to the Olympics so, I think when I get there, I’ll stop and give everybody their time and then go back to my meditation in order to put myself back in the mode to compete.

Do you have somebody you look up to or a fighting style that you mimic?

I take something from each one. I watch male and female fighters. I watch mostly pro boxing, and I feel like each one has something that I can take from it. I love Ann Wolf. She is legendary, and she was somebody that was pretty much knocking every female out that she got in the ring with. But I pretty much take something from different boxers that I like to watch because they all have strong points.

Do you get excited when you meet people you look up to?

Do you wear makeup in your sport?

I choose not to show that side when it comes to boxing. I’m in a male dominant sport, and they already look at us a certain way. Things already aren’t equal between males and females, so I don’t feel the need to come up in the gym with makeup and eyeliner. I feel like I have to show that more aggressive side when I’m around the sport.

Do you want to compete professionally after the Olympics?

It’s still up in the air. I always told myself that my goal was the Olympics, which I wanted to do. I wanted to show people you can come from not having much to being an Olympian. And I never really had a passion for being a professional boxer. If you’re not passionate about something, you shouldn’t do it because you could get hurt. And the pro game is a little different. The pro game is more business and promotion marketing, stuff like that. And I want to box and go to the Olympics. That’s really what I want to do.

Tell us three things about you that you want everybody to know?

I love to sing. I love to dance. I wanted to be a backup dancer growing up. I wanted to go to the School of Arts, but of course, I wasn’t able to because of finances. I love riding horses, and I’m an animal lover. 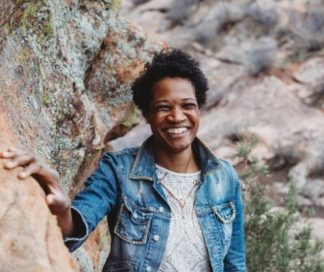 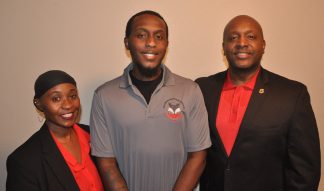 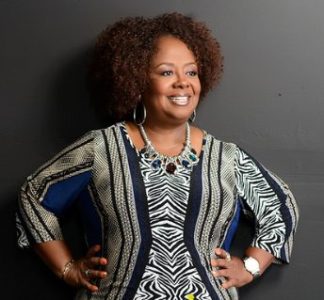