Update Listing Info
Eli Berry (they/them) has experienced hardship due to being a non-binary black child in Colorado Springs. Through all of this, they have kept their head up and mind on the future.

“Eli Berry (they/them) has experienced hardship due to being a non-binary black child in Colorado Springs. Through all of this, they have kept their head up and mind on the future. This future artist will wow not only the art community, but the Black community with their take on a non-traditional life in the black community.“

What school do you attend? And what grade are you in?

I’m in 11th grade and I go to Falcon High School.

What do you think others would say that they like the most about you and why?

From what I’ve heard from my friends, it’s awkward without me because I’m a funny friend and a conversation starter. I enjoy talking to new people and getting to know them off the bat. So, I feel like people value my conversation skills and my personality as a whole.

When you are not in class, what do you like to enjoy doing or being involved with?

At the moment I’m very into photography and video games. But if it weren’t for the pandemic’s current situation, I would usually go to the park with friends and hang out.

What is best of what is the best advice one has given you recently?

It was during finals week when my theater teacher said, “Don’t be stressed about problems that won’t matter in a year.”

I would say my photography skills.

Our generation is not the same. I think that’s pretty obvious, but I’ve seen some older generations fail to realize that we’re not them, we handle things differently and it’s not a bad thing. I know it will take time for them to adapt because they expect us to be like them, but that’s not how it works.

What accomplishments or awards are you most proud of?

Accomplishment wise, I’d say finding myself because I used to stress about who or what I am, but I’m comfortable with it now.

Can you talk more about that and how your confidence came about?

About five years ago, I started exploring myself because I started thinking and feeling like I don’t think I’m a girl. So I started looking into it and I’ve gone through many things like different identities, names, etc. Then I finally found one that I’m comfortable with as well as my friends. I’m not confined to just one sex at all, and I’m just fluid in whatever.

How would you make that concept understandable to the average person trying to figure out what that means?

I’d say okay. It’s best to look into it yourself to find ways to understand it because I know trying to explain this like my grandma is hard because she’s never heard those terms before. It’s not going to click immediately. Still, specifically being non-binary, it’s all about what I’m feeling I am. So, I don’t feel like I’m a girl and I don’t feel like I’m a guy. I want to look and identify as whatever I want without sticking to labels. It’s not about what’s on my birth certificate.

What has the response been like from others while on your self-discovery journey?

I haven’t had any adverse reactions. My friends accept it because I like to surround myself with people I know to take those kinds of ideals, but I know it can be hard in certain areas. For example, my name change. One of my friends, who I’ve known for about five years, always called me by my birth name, but the transition from that to Eli was hard. I know people aren’t going to get it right away when they’ve known me for that long, but they’re all finally doing it. No one has made mistakes at all with pronouns or my name, so I know that they’re used to it.

How did the name Eli come about, and what does it mean to you?

Well, I wanted a name that was not close to my birth name because I wanted to get away from it completely. I just wanted a name that felt like it fits me, and that’s when my friend Cameron inspired me when he said to choose a name that’s short and sweet if that’s what you want. That’s when I thought of Eli’s name–it’s cute and it suits me well.

What impact have you made in your community that you’re most proud of?

I haven’t significantly impacted my community, but more so with my family because of my drawings. My parents would post it and then get passed along to the family and then other people would see them.

What career path are you considering to pursue in the future?

I’ve searched my career choices so many times, but, at the moment, I feel like photography is something I want to pursue. Specifically, photojournalism because I love writing as well. For photography, I like taking pleasing pictures, but they’re more nature shots. And I love the reactions and feedback I get from people when I show them photos of trees, the sky, horizons, and other natural things. I love making up my own stories from what I’m looking at just about anything, mostly If I can write about my pictures and the meaning behind them.

Is it more challenging being a black non-binary adulescent?

I’ve said my piece on being non-binary but being black is like a whole different thing. I go to a predominantly white school, and I barely have any black friends. So, I’ve seen certain situations where kids would say something about the stereotypical black person. Some comments take me back and I don’t know how to respond to that, but eventually, I get very defensive. If they can be bold about what they say, so can I in my defense, and I’m not afraid to tell them that having that mindset is so ignorant and wrong.

In what ways do you combine art and your community.

I love educating people and love spreading awareness with just about everything. When the protests were happening, I wanted to take my camera and share the photos to spread the significance of it. Even though I never made it to any of the protests, I still love speaking out for my people. 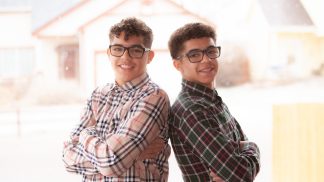 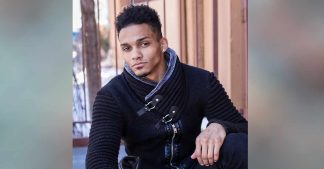 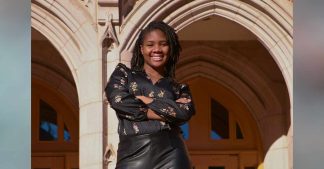 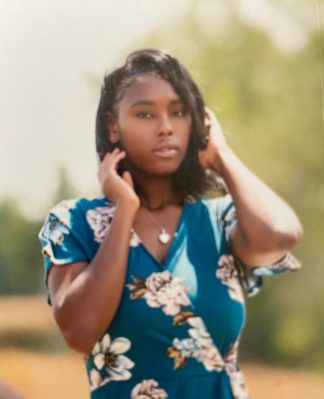 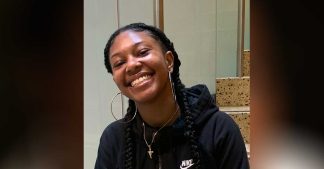 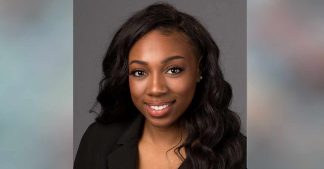 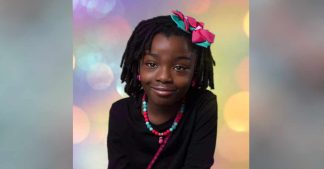