Update Listing Info
Jasmine Narkita Gold is the visionary founder and artist behind Black In Denver – an incredibly poignant portrait and interview series which features Black residents of Denver, CO.

Jasmine Narkita Gold is the visionary founder and artist behind Black In Denver – an incredibly poignant portrait and interview series which features Black residents of Denver, CO.

Jasmine was born in Maryland and raised in Nashville where she entrenched a successful career in Public Relations. Notwithstanding her professional successes, Jasmine found herself observing an unfulfilling routine of work and combatting ostracization for her inability to connect with others of open mind. A compelling desire for change propelled Jasmine to embark on an exploratory journey in which she sought a new place to call home, and meaningfulness in newness. Together with her fiancé’ they traveled to several capitals that paled in comparison to The Mile High City. Thus, the couple relocated and became official “transplants” of Denver in 2015.

Denver afforded the couple a hip and refreshing landscape they found rich in art, diversity, entertainment, and history. They delighted in the full acceptance they received as newcomers. Conversely, Jasmine soon realized the assortment of residents which make up the Denver population includes a deficient percentage of Black people. And that where one race is predominant, there is an inevitable absence of cultural and developmental propriety.

The disparity of black and brown faces obliged Jasmine to seek a community of open-minded people, who were not necessarily Black, but with whom she could share other fulfilling commonalties. Her pursuit to find peers unearthed individuals of all races who were extraordinary conversationalists and offered a wide breadth of knowledge concerning time, space, and the universe. As well, she discovered yoga, meditation, dance, wellness, and hiking groups in which she found genuine acceptance of herself in raw form.

Further observations of Denver revealed that amid the rich and vibrant culture Denver offers at a surface level, there hides the distinct grotesquery of racism. It thrives because it is camouflaged by the city’s rapidly expanding populous, and because it is often undeclared by those who are on the receiving end. Jasmine recalls her bouts with micro-aggressive racism within her workplace(s), as well as the feelings of uncertainty and loneliness for having no one to discuss the matter. Deciding the problem was too damaging to ignore, Jasmine was motivated to find more members of the Black community and to devise a means to unify them.

She began sharing Black-centric events such as “Hip-Hop Yoga” and Spoken Word gatherings on her social media platforms to bring people of color together. This enterprise was the onset of Black In Denver, though the extent of its potential wasn’t yet realized. Through this initiative, however, she began meeting other Black people with whom she connected, and that also graciously accepted her, which she found prevailing and empowering:

“I want to pay homage to people who are diverse in their diversity. I want to express gratitude to a community, which I felt I belonged to. I experienced a euphoric moment when I realized I was peaceful with self and with being me. Back home, I was judged for being different. Being here [in Denver] and being able to exist authentically as I am is powerful.”
Connecting with her new associates unearthed the revelation that Jasmine was not alone in feeling culturally unacknowledged and eager to abridge the cultural gap. Additionally, she’d discovered something unique in Denver and wanted to have a conversation about how [Black] representation was lacking within an otherwise rich and vibrant culture. “It’s a powerful thing to be here.”, she remarked. Subsequently, she began to contemplate what it means to be Black in Denver for others.
Black In Denver was unofficially established in 2018 when Jasmine took a candid photo of “Jalisa;” who would become the very first subject in her 2018 Black In Denver series. Jalisa is a regal Black woman, Mental Health educator, and the owner of Soulflower Experiences. To her, Jasmine posed the groundbreaking question: “What does it mean to you to be Black in Denver?”, to which Jalisa responded: “To me, to be Black in Denver means to be constantly discovering oneself. Finding out where you fit in between assimilation and ancestry while understanding who you are authentically. And it’s dope because we get the ability to choose where we want to fall.”

Jalisa’s photo and response were published to Jasmine’s Instagram page, which rapidly garnered more than 100 likes. The admiration for Jalisa’s photo and story, as well as the many supportive comments, revealed that the simplicity of a photo could serve as a powerful means of connection and validation.

Jasmine describes the evolvement of her Black In Denver series as humbly “coming together like a holy trinity.” A friend’s endorsement to develop the first photo into a series of photographs and personal accounts was all the confirmation Jasmine would need to set to work. Today, Jasmine has brilliantly assembled of over forty pictures of radiant and beautiful Black faces, and their wonderfully telling responses about what it means to be Black, in Denver.

“I take all the pictures, and I write all the articles. I select my subjects through referrals, direct message requests, or I may reach out to people in the community who represent a connection point, i.e., community event planners, artists, etc. Sometimes, they’re just regular people who are locals of Denver or transplants like me who are just living life.
Artist Statement: I have intentionally removed my voice because I don’t want to be the voice of the [Black] community. I want the people in my series to speak for themselves.” My work is inspired by humans and our purpose here. I envision a world where all people can be authentic expressions of themselves. I believe that photography has the power to capture the soul of a person.

Black in Denver takes a critical look at identity. The portraits are of unique individuals, both locals and transplants. The background colors are as vibrant and varied as the community. Each color repeats intentionally, representing our unity and connectedness.
Participants offer poignant, poetic, and revealing accounts of life in Denver, ranging from the importance of community building to taking up space in an ever-evolving city. As a whole, this series shows that Denver’s diverse community fosters a culture of authenticity. My work supports and demonstrates, through community insights, that identity is not a monolith. In a world where stereotypes have made black people out to be copies of each other, I hope to change the narrative and raise awareness about the power of being oneself.

Beyond 2020, Jasmine is yet uncertain of Black in Denver’s continuance. Like so many exceedingly talented artisans, she is a visionary with big plans for her future and the betterment of humankind. The world awaits her future creations with bated breath as she is sure to leave a trail of awakened, enlightened, and inspired individuals in her wake. 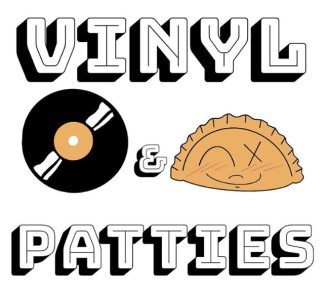 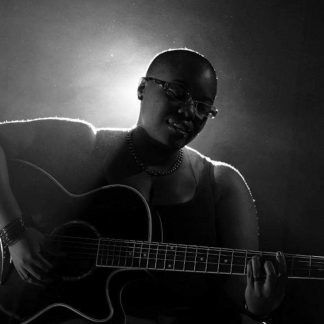 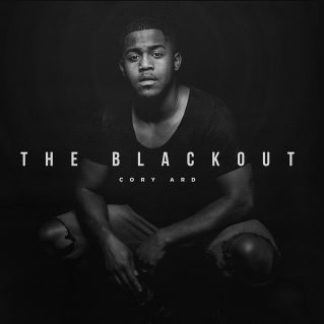 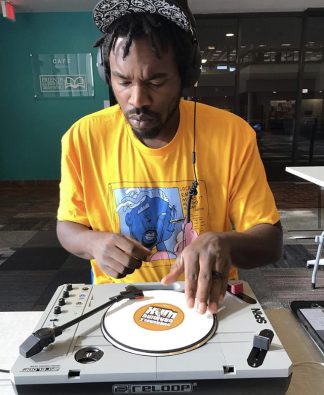 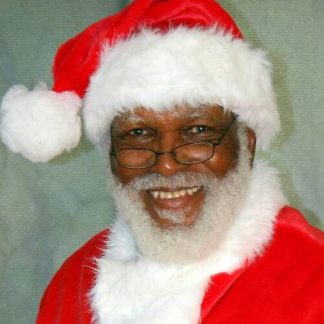 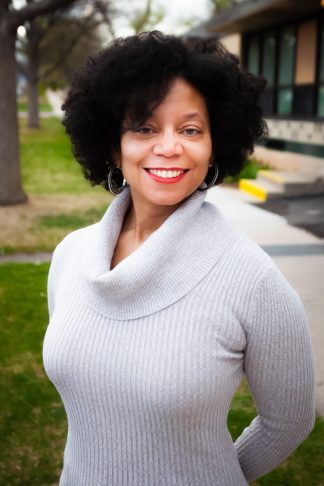 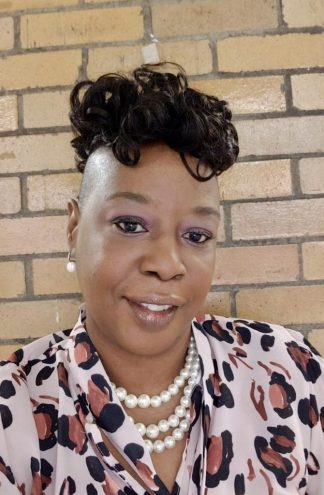 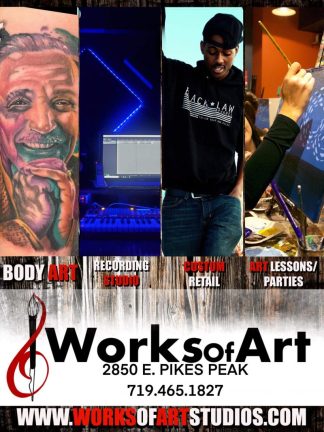